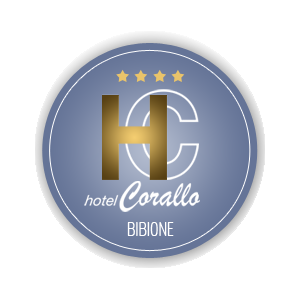 HOW TO GET TO BIBIONE

The wonderful beach of Bibione is located in the province of Venice, on the border with the Friuli Venezia Giulia region, and is easily reachable either by own means or by public transport. In this page you find the interactive map to reach Hotel Corallo with your smartphone and some suggestions for public transport.

Click here to view the itinerary
GET THE MAP

Coming from the west (from Bologna, Milan, Brennero) – take the A4 Motorway on the Venice line towards Trieste, exiting at Portogruaro; left the motorway tollbooth follow the signs for Bibione which is about 25 km.
Coming from the east (from Udine, Villach), take the A23 motorway on the Tarvisio section towards Udine / Venezia, or if you are coming from Trieste just follow the A4 motorway, in both cases exiting at Latisana; After leaving the motorway tollbooth, follow the signs for Lignano Sabbiadoro up to the “Picchi” locality where at the roundabout you will find signs for Bibione. The A4 and A23 motorways are connected to the main European motorway junctions.

Bibione can easily be reached by train: the two nearest railway stations are “Portogruaro-Caorle” for those coming from Venice and “Latisana-Lignano-Bibione” for those coming from Trieste. Both the bus service (see below) and the taxi service are active in both stations. Click here to visit the Trenitalia website and check timetables and prices.

Bibione can be reached by bus from the bus stations of Venice, Treviso, Portogruaro and Latisana thanks to the services of the public transport company ATVO (click here to visit the site with timetables and routes).

Offer your holiday in Bibione, for a family stay or a weekend away from the stress of the city

Comfortable, bright. Just steps away from the sea.
GO TO THE ROOMS

Do you need some further information, or do you need a customized estimate? Write us immediately through our form: we will answer you in no time!